Have You Prepared for the Hour? 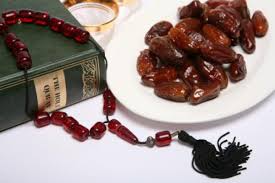 Have You Prepared for the Hour?

All of us are familiar with the Signs of the Day of Judgement. They are mentioned in numerous hadith of the Prophet (saw). However, there is another "hour" that is, on an individual level, just as important that we must be aware of. This hour is described in the following hadith of the Prophet (saw).
al-Bukhaari and Muslim record from A'isha (ra) that a bedouin came to the Prophet (saw) and asked him, "When is the Hour?" The Prophet (saw) pointed to a young boy and said,
"If this boy lives by the time he is old and decrepit, your hour would have already taken place."
This is the hour that each and every one of us will experience and must be aware of. This is the hour that is approaching us at every second of our lives. This will be the deciding time for us as our actions will come to an end. This is, in fact, OUR HOUR! It is the inevitable that every soul must taste. Allaah says in the Qur'aan:

"Everyone shall taste death. And only on the Day of Resurrection shall you be paid your wages in full. And whoever is removed away from the Fire and admitted to Paradise, he indeed is successful. The life of this world is only the enjoyment of deception." (al-'Imraan, 185)
This is when our deeds will come to an end. After that, we can just look towards our reckoning. Therefore, the question that we must ask ourselves and act upon before it is too late is: What have we prepared for our hour? What have we prepared for that moment when this life comes to an end for us?
Perhaps this should lead us to ask another question: What is it that we can prepare for that Hour? In fact, the only thing that we can prepare for that Hour is true faith (iman) and good deeds. The Prophet (saw) has advised us and taught us that we must take advantage of our life before death comes. That is, we must use this life to prepare for the Hereafter before death comes to us and this life will no longer be of any avail to us. If we do not use this life to prepare for the Hereafter, then, in fact, we have simply wasted this life - no matter how much it seems that we have achieved in this worldly life. Even if we have twelve degrees, three mansions, four cars, it has all been a waste if we did not stop, think and prepare for the Hour.

At the time of that Hour, three things will follow us to the grave. However, two of those three will leave us at the grave. Our wealth, family and deeds will accompany us to the grave. However, our wealth and family will return - they won't stay us with in the grave, we can't take them with us into our graves to use them in the Hereafter. We will be left with only one thing, as the Prophet (saw) told us. We will be left in our graves with our deeds only. Our deeds and nothing else will remain with us.
Dear brothers and sisters, we must think about our Hour and prepare for it before it comes. We must prepare for it before the Angel of Death comes to us to take our souls.
We should realise that if we prepare for that Hour, the angels will then come to us in a pleasing form, our souls will flow easily out of our bodies and the angels will be calling us to Allaah's pleasure and forgiveness.

However, if we do not prepare for that Hour - if we are heedless and we are like those who are about to go on a long trip and don't prepare anything in advance for that trip - our situation will be completely different. The angels will come to the disbeliever or the evildoer in a completely different fashion. They will come in a form that is very displeasing to the person. They will call the soul to Allaah's anger and His Punishment. The soul will not want to leave the body and it will have to be dragged out of the body. The angels will have to tear the soul out of the body. Is this what we want to face? This is the result of not thinking about and preparing for our Hour.

This is how the Prophet (saw) described that horrifying event:
"When an infidel (or, in some narrations, an evildoer) is about to leave the world and proceed to the next, angels with black (and harsh) faces will come down to him from heaven with a hair-cloth (of fire) and will sit away from him as far as the eye can see. Then the angel of death comes and sits at his head and says, "Wicked soul, come out to the displeasure of Allaah". Then it becomes dissipated in the body, and he draws it out as spit is drawn from moistened wool. He then seizes it, and when he does so they do not leave it in his hand for an instant, but put it in that hair-cloth (of fire) and from it there comes forth a stench like the most offensive stench of a corpse found of the face of the earth." (Ahmad, Abu Dawud, Ibn Khuzaima, al-Hakim and others. According to al-Albaani, it is sahih. See Sahih al-Jami' as-Sagheer, vol.1, p.436, hadith no. 1676)
In the Qur'aan, Allaah has also described the taking of the souls of the disbelievers in the following passage:

"And if you could see when the angels take away the souls of those who disbelieve (at death), they smite their faces and their backs, (saying): 'Taste the punishment of the blazing fire. This is because of that which your hands had forwarded. And verily, Allaah is not unjust to His slave.'" (al-Anfal, 50-51)
Why would the soul face such an evil end? Why would the soul not want to come out of its body to go toward his Lord and Creator? What would cause the soul to hesitate and want to cling to this world? I think the answers to those questions, are, for the most part, very clear to everyone. There are many reasons why a soul would not want to leave its body when the angels come to take it at its appointed Hour.

Perhaps the most important reason for such an evil end is holding false beliefs or having doubts about the truth of Islaam. Anyone who believes in something that goes against the Qur'aan or Sunnah, or has any doubt concerning the Qur'aan or Sunnah - on that day, at that hour, his soul will admit and recognise its wrong. When that Hour comes, such a person will realise what it is that he has to look forward to. Indeed, all of that person's deeds will be of no avail to him at that time if he held such beliefs or doubts that took him out of the realm of Islaam. Allaah says,

"Say: Shall We tell you of the greatest losers in respect of (their) deeds? Those whose efforts have been wasted in this life while they thought that they were acquiring good deeds." (al-Kahf, 103-104)
Continually performing evil deeds and procrastinating when it comes to repentance may also lead the person to an evil end. At the time of death, the soul will not be able to think of anything, except the sins it committed and the wrong that it did. At that time, it will realise that it is too late to repent. He had his whole lifetime to repent from his evil deeds and change his ways - but he waited and waited. He waited too long. He waited until it was too late. The time of death - which no one knows except Allaah - has come to him and he has not yet repented to Allaah. The truth of Allaah's words will be very clear to him at that time:

This is especially important for those people who consider themselves "young". Some people seem to think that being religious is for old people and that youth should be spent enjoying oneself. They think that they will have plenty of time to repent in the future. The fact is that they are not guaranteed that future. They may die in their youths and then realise that the time for repentance and doing good deeds is NOW no matter how old or young a person is. That person's soul will be very sorrowful and remiss when the angels take his soul in his youth before the time that he had set for himself for his repentance!